I remember my first spring in the Annex, stepping through the heavy double doors and onto the slick linoleum tile, and the scent of fresh lilacs rising up the sloped hall to meet and carry me on heady velvet waves to Mrs Sturgis’ classroom.

If I close my eyes and breathe deep, I can still smell the memory’s lingering fragrance.

The elementary school I attended was composed of two major buildings. There were other outbuildings of course, but as a six-year old, the only ones that mattered to me were the Big Building, where the older kids had their classes; and the little building, or Annex, that held most of the primary grades. The kindergarteners had a classroom in the Big Building, but they had their own chain-linked play-yard and weren’t allowed out onto the blacktop where the jungle gym and the swings and the dodge-ball court were, so they didn’t count.

The Annex had six classrooms – three on each side of the hall, plus a girls’ lavatory, a boys’ lavatory, a custodian’s closet, and a classroom supply closet where they kept construction paper and paste and extra pencils. Five of the classrooms housed the first, second, and one of the third grade classes; and in the sixth was the music room, where wonderful Mrs Schnoor played guitar and taught us songs like “Drill, Ye Terriors, Drill” and “What Shall We Do with a Drunken Sailor.”

By some unspoken custom, nearly every six- and seven- year old in my neighborhood brought at least one stem of lilacs to their teacher each spring. My guess is, at least half of those lilacs came from William Lake’s backyard.

William Lake lived two blocks away from me. (The short kind, not the long kind.) William’s backyard butted up to the park adjacent to our school, and when the long, thin limbs of the giant lilac bush in the Lake’s backyard grew heavy and bowed down over their fence and into the park… well, they were fair game. If you didn’t have lilacs of your own, you knew where to get some.

By the end of the first week of lilac season, every Annex teacher’s desk had a jar or a bottle or a vase bursting with thick clusters of the small lavender flowers, their fragrance infusing every book and breath.

Then, from late April until the middle of May, the lilacs would waft up to greet you every day when you arrived at school, and follow you out the door when you walked home.  Over the years, the scent of lilacs became cool linoleum, and Mrs Sturgis, and Mrs Schnoor. It was sunshine, and field trips, and cherry-drops from the jungle gym. It was spring.

The scent of lilacs is a quiet memory. It offers no higher purpose. No lesson. No deep thought, save perhaps that it reminds that some memories endure, and bring pleasure and joy simply for being, long after their fragrance fades. 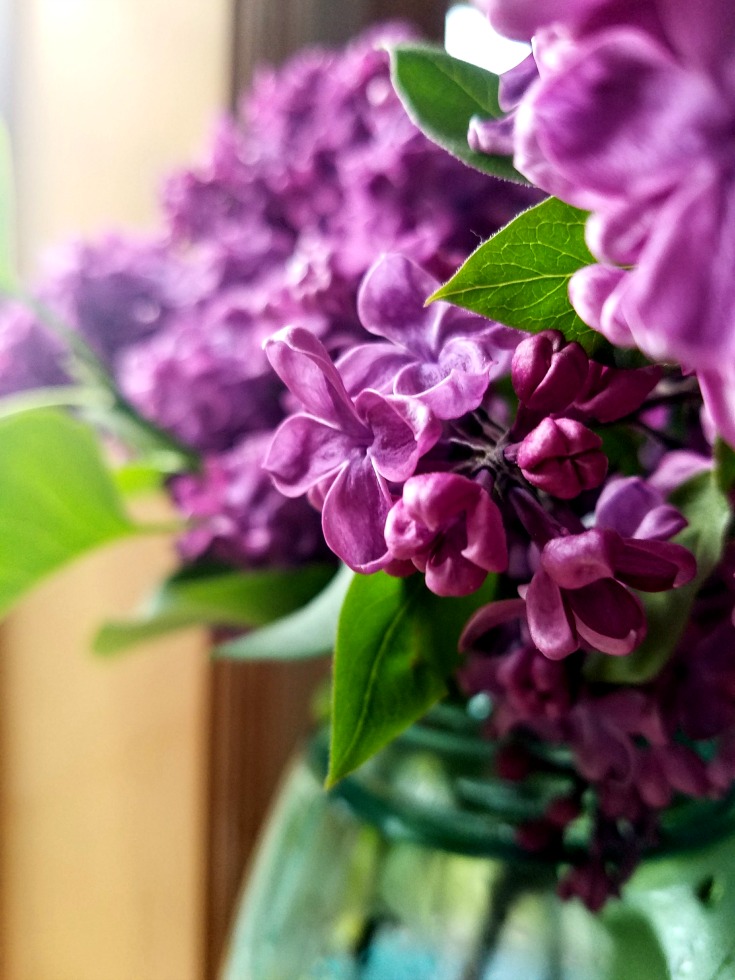